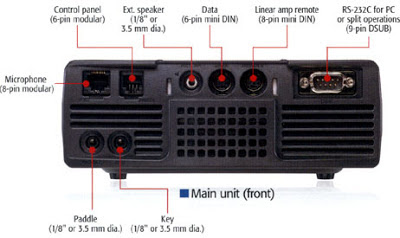 First of all you have to connect a small copper cable between pin 3 and 6 of the Data 6 pin mini din. This is a solution if you do not have the supplied 6 pin mini din adapter(basically this is Kenwood's adjustment jig). If you have it then shorten up pin 3 and 6 and plug it in the Data port of the Kenwood TS-480.
After finishing with this small preparation you have to switch on the rig pressing MIC and NR keys. You are now to the service menu of the rig. Go to menu 19. This menu is the one that configures the output power of the TS480 SATe only!!!there is a different menu for the HX.
The default value should be around 146, mine was 146 and i had 95 Watts power output in FM(constant carrier). That means that in SSB i could not achieved TX power no more than 85 Watts, even though that i 've made all the appropriate setup to the SSB mic gain of the rig. After some testing i came up with the following:

Note: These values are on the 20 meter band. That means that in the other bands you might have slightly higher or lower measurements.

All these measurements where took place with a 50 Ohms dummy load placed instead of an antenna. I tested both values 152 and 164 but i ended up using 152 because i do not want to stress my rig to much. Also because the power meter of the 480 does not go over 100 Watts ,if you transmit with the mod over 100 Watts the power meter stays stuck(for as long as you talk)to 100 Watts.
After your selection(to make your selection press the up or down button of the transceiver) you have to press the mic ptt switch once to "save" your new value. Also you will notice that the power meter after that does not go over 50 Watts which is a small problem. To bring it up again and have the correct measurment from the rig power meter you have to change again the value ,lets say to 153, press the ptt switch again ,and go back again to 152 and press the ptt switch one final time(don't ask why you have to do that i have no idea!!!).
Finally you have to turn back to menu number 76 EPROM and press the up button to save your new configuration.
To exit the service menu press the MTR key and thats it!!!

Even if you make all the correct adjustments to increase the TX power of the transceiver you will notice that in the 6 meter band you won't have the desired results. That means that even though TX power in 1.8 Mhz to 28 Mhz, is where you measured it, in 50 Mhz is not the same. So i found out that in Menu 19 using the second option(152)in 6 meters you have only 75 Watts constant carrier. So i ended up rising the value a little bit to 156. This way i have increased the 80 Watts to approx. 90-95 Watts constant carrier, so now i have ,with PROC on, approx 80-85 Watts SSB. Unfortunately you have to compensate this setting because if you try to increase the value of Menu 19 to where the measurement in 50 Mhz will be approx. 100 Watts, then in the HF bands you will have 150 Watts constant carrier or maybe more, which is not recommended!!!
When the 6 Meter Band season ends i will decrease again the value of menu 19 to 152.

Popular posts from this blog 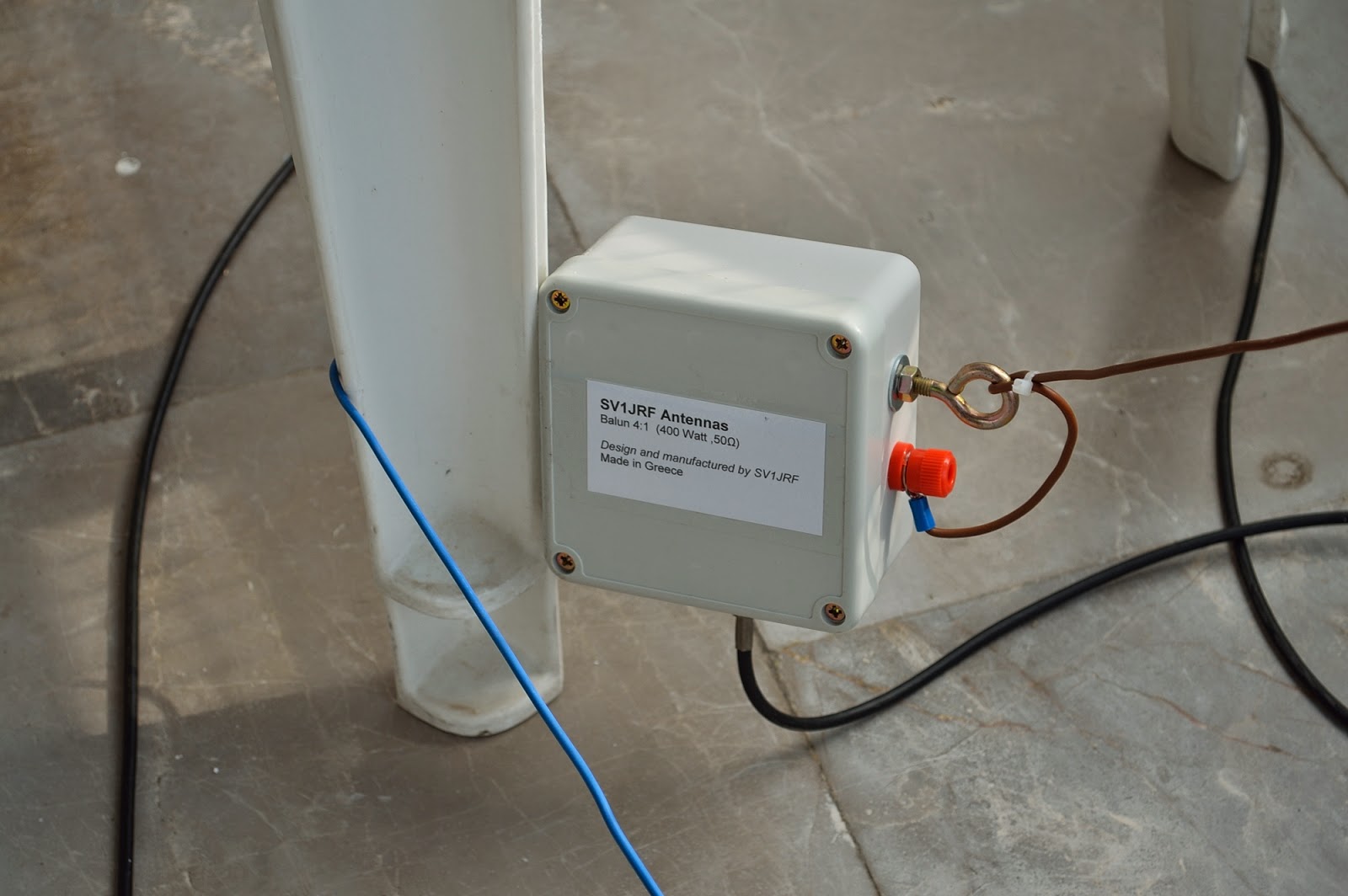 As i really enjoy using the 10m band and sometimes the 11m band to talk with friends around Athens, it came as a must of constructing a new antenna. Also i wanted to do this because i have an Albrecht 5890EU ,which operates in these frequencies and i didn't have an extra antenna to operate it. Due to the lack of space in my QTH(that is why i 'm using the long wire + UnUn antenna), i was trying to find a solution of a vertical polarization antenna ,with high efficiency and as small as possible.
Read more 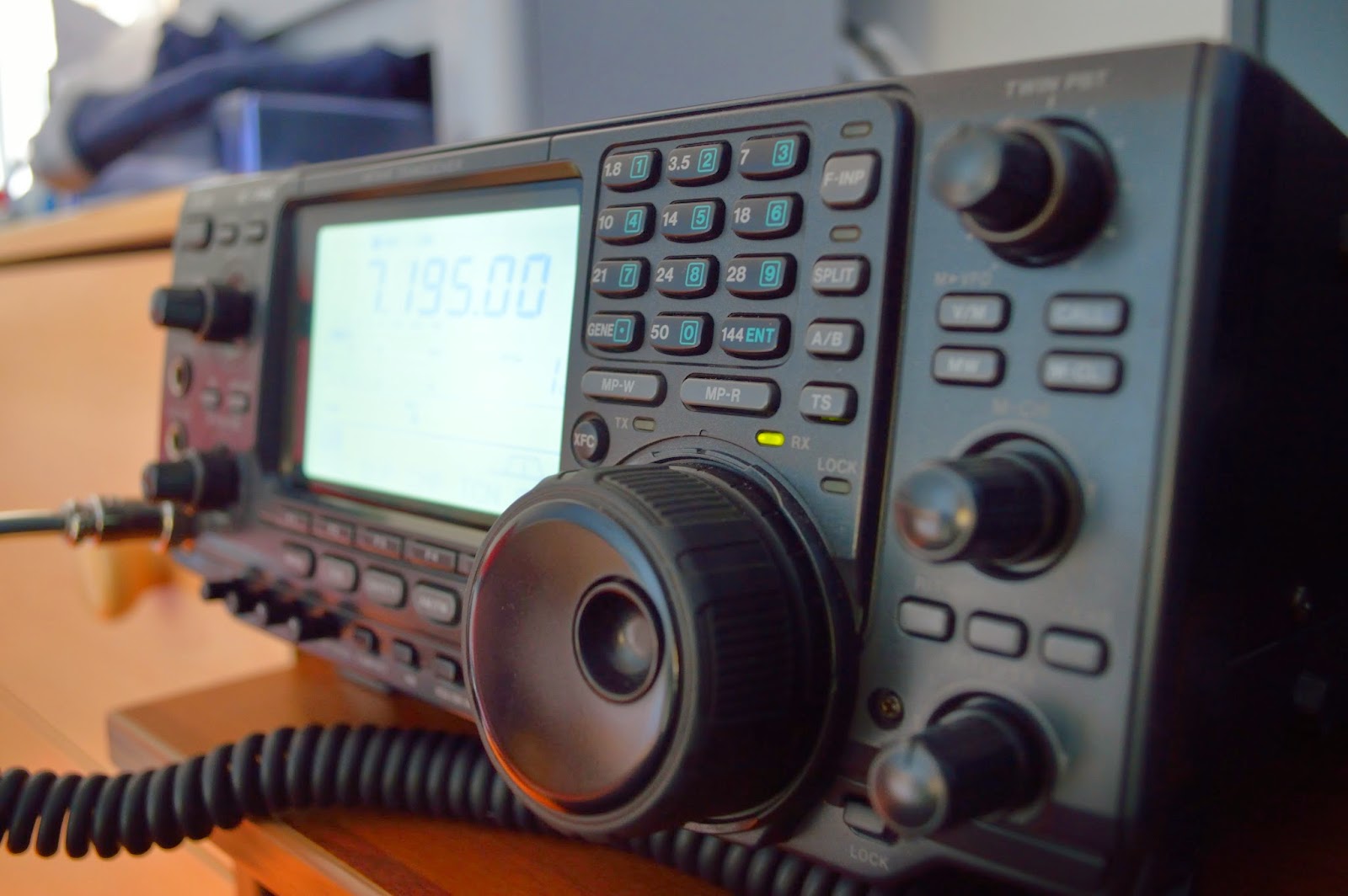 To use the Icom ic-746(non-pro) with a computer and digital modes you need ,as in the majority of transceivers to construct a sound card interface.
Read more